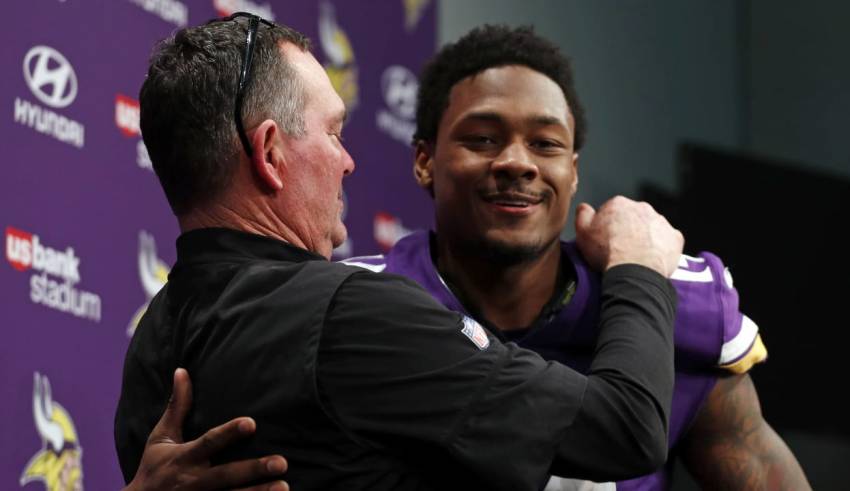 The Minnesota Vikings moved on from Stefon Diggs, trading the receiver to Buffalo for a bounty of draft picks earlier this offseason.

Coach Mike Zimmer joined The Rich Eisen Show on Thursday and said that the Diggs trade wasn’t the case of the team wanting to rid itself of a disgruntled thorn.

“Really, if you said somebody was a pain in the butt, you probably wouldn’t say him,” Zimmer said. “I’ve been around way worse guys than him. I hope he has a great career and finishes up strong.”

While Diggs’ time in Minnesota wasn’t without incident, Zimmer brushed those aside, suggesting it was no more trouble than dealing with any other star receiver.

“Honestly, Diggs did not have to go,” Zimmer said. “We really didn’t have any intention of trading him. Quite honestly, he put out a couple tweets, and there were some things going on there. But Stefon worked extremely hard. He practices like crazy. He wants the ball — like all receivers do. Really, what happened was, Buffalo came in and gave us all those picks. And we were up against it in the salary cap. So we just felt like we could save some money, get a bunch of picks, maybe get a young receiver like (Justin Jefferson) that we got. So, I wish him well. He’s a good kid. He worked hard for me.”

How well Jefferson plays in 2020 and beyond will play a big part in determining whether the trade was ultimately smart for the Vikings.