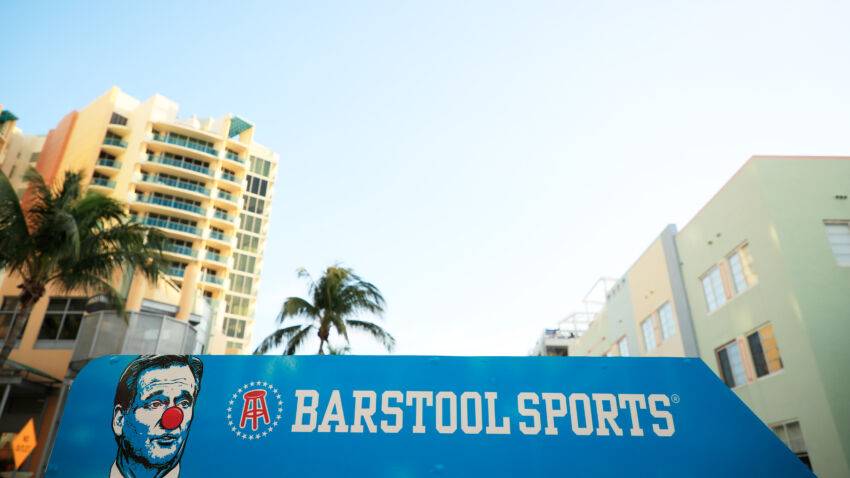 Barstool Sports founder Dave Portnoy says he will not be permitted to watch “Monday Night Football” at NFL commissioner Roger Goodell’s house, despite winning an auction for the opportunity to do so.

“We all knew this was [expletive] coming,” Portnoy said in a video shared Friday evening on his social media accounts.

Portnoy, a 43-year-old Swampscott native, submitted the highest bid, worth $250,450, in an NFL-organized auction for the chance to watch a “Monday Night Football” game with Goodell in the “fan cave” of Goodell’s Bronxville, N.Y. residence. The winner would also receive two tickets to a regular-season game.

But Portnoy says he will receive neither the tickets, nor the invitation to Goodell’s home. According to Portnoy, the NFL said he failed a background check, one of the preconditions for winning the auction, as stated on its webpage.

Portnoy says the league flagged several incidents from his history in its decision. In 2019, Portnoy forged credentials to attend Super Bowl LIII Opening Night and then violated a ban to attend the game days later. In 2015, he was arrested along with three other Barstool employees following a sit-in at NFL headquarters to protest Tom Brady’s Deflategate punishment. In 2011, Portnoy posted a nude photo of Brady’s son, who was two years old at the time.

Portnoy has not been shy about his disdain for Goodell. Leading up to the NFL kickoff game in 2017, he ordered and distributed 70,000 turquoise rally towels that featured Goodell’s face with a red clown nose.

According to Portnoy, his credit card will not be charged. Instead, he says, the league will donate $250,450 to six charities and will select “a deserving frontline worker” for the experience.

“Don’t do charities and let a guy win it who you don’t want to win it,” Portnoy said to close his video. “That’s on you.”