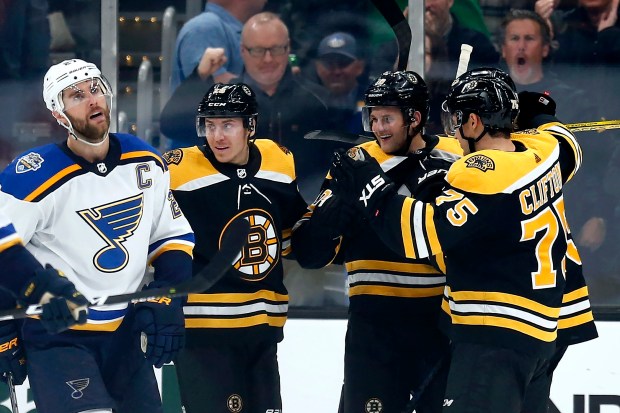 What would every NHL team want for Christmas? Not all of them are on the nice list this year, and certainly not all of them will get what they want, but each team has something that could help them heading into the 2020 portion of the season.

1. Colorado Avalanche: If the Avs could just stay healthy, there’s no telling how good they’d be.They would love to just have all their good players in the lineup at the same time.

2. Washington Capitals: If not for the Columbus Blue Jackets, the Capitals wouldn’t have a single flaw — you know, other than that one Bruins game this week. But, the Caps would love to avoid the Jackets going forward.

3. New York Islanders: The one flaw on the Isles roster seems to be goal scoring, though they keep getting results. Imagine if they consistently put the puck in the net.

5. St. Louis Blues: Another miracle in them to win without Vladimir Tarasenko. But they’re playing well enough where they might even not need that, amazingly.

6. Pittsburgh Penguins: Much like the Avalanche, the Penguins would like it if their players could just stay in the lineup.

7. Arizona Coyotes: Christmas came early in the desert as they deck the Halls.

8. Carolina Hurricanes: Probably not blowing three multi-goal leads on the road in Toronto, but it appears too late for that.

9. Philadelphia Flyers: Seasons Gritt-ings to last through the spring.

11. Toronto Maple Leafs: Auston Matthews is on pace for 52 goals but you know, William Nylander playing consistently and the rest of the lineup coming together would be huge. Or maybe just a backup goalie.

13. Dallas Stars: Any stability at all in Dallas, and there’s no reason the Stars shouldn’t be serious contenders.

14. Winnipeg Jets: Dustin Byfuglien’s situation to be resolved, or at least some help to take a load off Connor Hellebucyk.

15. Calgary Flames: Geoff Ward’s group staying consistent in what seems to be a turnaround.

16. Tampa Bay Lightning: The Lightning just want another crack at the postseason after a disappointing end early last season, but they’ll need to play better in a competitive division.

17. Minnesota Wild: Either a fire sale so they can finally rebuild or one of their goalies get hot and they go on a run like they did at the end of November that gave a glimmer of hope in what looked to be a lost season.

18. Vancouver Canucks: A time machine to next season when their youth has enough experience to be consistent.

19. Nashville Predators: Goaltending is the only thing the Predators need to make a move in the Central.

20. Edmonton Oilers: Just anyone other than Connor McDavid or Leon Draisaitl to produce any sort of offense on a consistent basis.

21. Buffalo Sabres: Literally anyone to help out Jack Eichel and not waste a Hart-caliber season.

22. Montreal Canadiens: It feels like they are one offensive piece away from competing, so maybe a forward at the trade deadline if they’re not already out of the race.

23. New York Rangers: Some meat on the roster to go along with the Bread man.

24. Ottawa Senators: Where to begin? A new arena? Selling the team? Thomas Chabot to get a break for like, a few minutes?

27. Los Angeles Kings: A successful fire sale where Rob Blake and Co. are able to trade off some of those contracts.

28. San Jose Sharks: Goaltending as a request seems far too simple, especially since other teams would like that as well, but the Sharks are doomed to be dead in the water if that wouldn’t get resolved.

29. Anaheim Ducks: Some help for John Gibson so they don’t waste one of the best goalies in the league in his prime.

30. New Jersey Devils: They’ve devils, so coal wouldn’t even be a sufficient punishment.

31. Detroit Red Wings: For the season to be over.