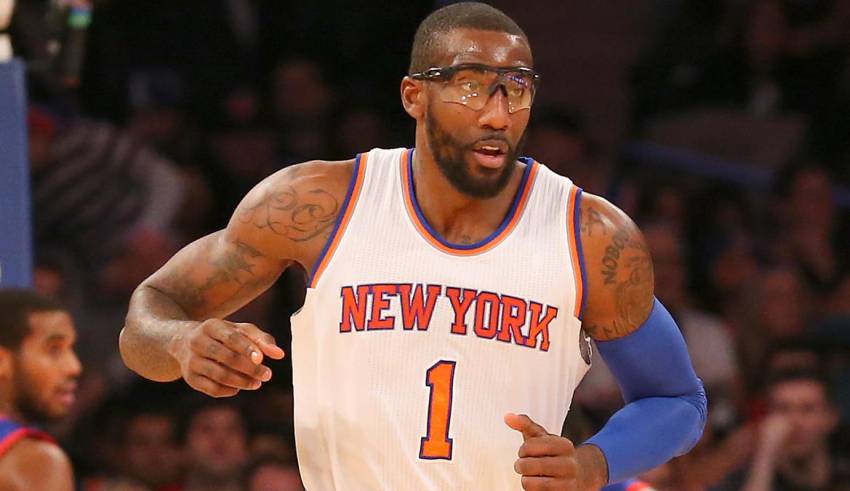 Amar’e Stoudemire has not played in an NBA game since May of 2016, but it has not been for lack of trying. He has pursued comebacks on multiple occasions, including this past offseason, in which he worked out for a host of teams including the Lakers. To this point, he has been unable to actually land a roster spot in the NBA, but that has not dissuaded him. Stoudemire, who had previously been playing in China, is back in the United States and once again seeking NBA employment, according to Marc Stein of The New York Times.

Stoudemire had played only 11 games in China for the Fujian Sturgeons, but his numbers were impressive in that period. He averaged 19.4 points and 8.3 rebounds per game in China, and with a successful BIG3 stint under his belt as well, he has seemingly done everything in his power to prove that he still has competitive basketball left in his body.

Given his injury history, that was always questionable. Stoudemire’s knees, in particular, have been a major concern dating back to his early years with the Phoenix Suns. Age has not helped matters, and any team interested in signing Stoudemire now would need to know that he is healthy enough to meaningfully contribute. At 37-years-old, that is no given.

Playing style concerns persist as well. Stoudemire was a bad defender in his best days, and he never developed a threatening outside shot. The former largely rules him out as a center. The latter prevents him from playing modern power forward. Stoudemire’s best skill is as a rim-running pick-and-roll finisher, but teams can find players who can do that with fewer flaws in the rest of their game.

That makes Stoudemire’s return to the NBA an uphill battle, but if this season has proven anything, it is that unlikely comebacks are never truly impossible. Carmelo Anthony and Dwight Howard are both thriving after months of speculation that their careers could be over. Perhaps Stoudemire could find a similar rejuvenation, but he is fighting an uphill battle in trying to earn one.