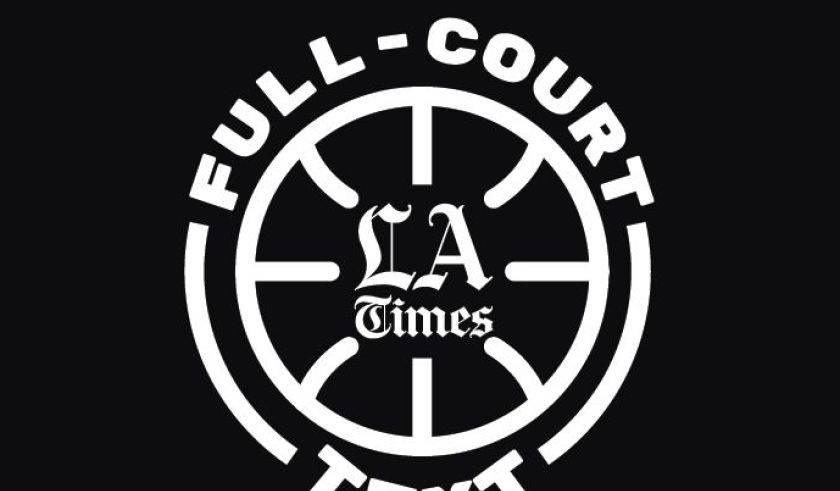 There has been plenty of buzz recently about honoring the legacy of Kobe Bryant by featuring his silhouette in the NBA logo, which was originally designed based off an iconic photo of Jerry West.

Players such as Brooklyn star Kyrie Irving have campaigned for it. While Commissioner Adam Silver said Saturday there are no ongoing discussions about changing the logo, expect All-Star players to bring up the subject Sunday during media sessions before the game, which is set for 5 p.m. PST in Atlanta.

The Los Angeles Times’ NBA reporters — Andrew Greif, Broderick Turner and Dan Woike — and columnist Bill Plaschke opened a dialogue on the situation ahead of the NBA’s All-Star game. Here’s what they discussed:

AG: I have a feeing this won’t be the last time this discussion is held. But right now, Silver said, there are no ongoing discussions at the league level about changing the logo. Noting the league quickly renamed the All-Star game MVP honor after Bryant, Silver said that maybe one day there will be a time to re-evaluate the symbol.

BP: Wait, they’re going to change the logo and the new one is not going to be Michael Jordan’s dunk pose? Or Kareem Abdul-Jabbar’s sky hook? Or the forms of any number of great and pioneering players who helped build the league that Kobe stepped into? Good luck with that.

DW: I reached out to the NBA to see what they thought after [Lakers controlling owner and president] Jeanie Buss tweeted her support of the idea, and I never heard back. I just don’t know why this needs to happen, especially considering the NBA has sort of given All-Star weekend over to honoring Bryant.

I agree with Vanessa Bryant. Kobe set a standard and players agree too. Let me know what you think. https://t.co/5dpMGZuDKA

I think modern players obviously hold Kobe Bryant in high regard and it makes sense that Kyrie Irving would be behind this. But we already see how players honor Bryant every night in their games. And I think that’s cooler than any logo anyway.

And anyway, why would the NBA change a wildly popular logo?

BT: That’s an interesting conversation to have. But if Kobe is picked to be the new logo, would it be as No. 8 or No. 24? Which one?

BP: Dan just hit on the main reason this is a nonstarter. In choosing a player to essentially be the forever symbol of the league, the NBA would never choose one whose past was stained with sexual assault charges. Those charges were dropped, and Kobe evolved into one of the greatest men I’ve ever known, but memories are long, and the outcry from sponsors would be swift and loud.

AG: Why the NBA would seriously entertain the idea of changing their worldwide-known, controversy-free logo isn’t just something we’re asking here but something brand-identity experts wonder about, too. I talked with Lindon Leader, whose name you likely don’t know but whose work you absolutely do — he’s designed the logos for FedEx, Hawaiian Airlines and the NCAA, and was the design director for the 1984 L.A. Olympics. One point he brought up was unless there is a clear strategic need for a rejuvenated image for the league, then a cosmetic change for change’s sake doesn’t make sense, considering the time and money spent on the change. When FedEx changed its logo in 1994, it took 18 months to change the branding across its fleet of 30,000 vehicles — and that was moving on an accelerated timeline.

Receive SMS texts about the Lakers, Clippers and the rest of the NBA and text back with your questions.

I also talked with Chris Isenberg, the co-founder of a firm, Doubleday & Cartwright, that changed the Milwaukee Bucks’ logos and brand identity a few years ago. As he put it about the discussion about changing the logo: “I think this is a bit of a nonstarter. I think it’s a really good thought exercise, but I think that’s the realm where it will stay.”

BT: I just spoke to Robert Horry. Asked him if Kobe were to become the silhouette for NBA, which image would he like to see used for his former Lakers teammate. Horry said the Kobe Bryant that had the Afro.

AG: Here’s the thing that I found most interesting in talking with Isenberg and Leader. Updating the logo not only feels like a sub-optimal decision for the league … it also didn’t strike either as the most impactful idea to honor Bryant, should the league want to do that. What percentage of basketball fans truly know the silhouette now is based on Jerry West? I’d venture it’s a much smaller number than those in-the-know think. In a few generations from now, if you changed the logo, what percentage would know the silhouette is based on Kobe?

To your earlier point, Dan, about the way Bryant has become linked with All-Star weekend since his death, there are more visible alternatives as tributes. The suggestion by Leader, a longtime Lakers fan, by the way? Borrow from MLB’s Jackie Robinson Day idea and make one day every season devoted to Bryant’s memory and career. Every player gets to wear either No. 8 or No. 24 that day.

Other than All-Star weekend, any other ways you guys think the NBA could continue Bryant’s memory, short of rebranding the entire league?

DW: If the motivation for wanting to change the logo is to honor the contribution Black players have made in the league, why Kobe Bryant? I would say he’s not even the first Laker I’d choose for that honor — I’d pick Kareem Abdul-Jabbar. Bill Russell is the league’s greatest winner and a civil rights icon. Oscar Robertson was the president of the NBPA, a labor pioneer who helped ease free agency restrictions and opened the door for better salaries. Magic Johnson helped save the league from obscurity. Earl Lloyd broke the league’s color barrier. And if it is about star power, there’s Michael Jordan. And eventually, there will be LeBron James. 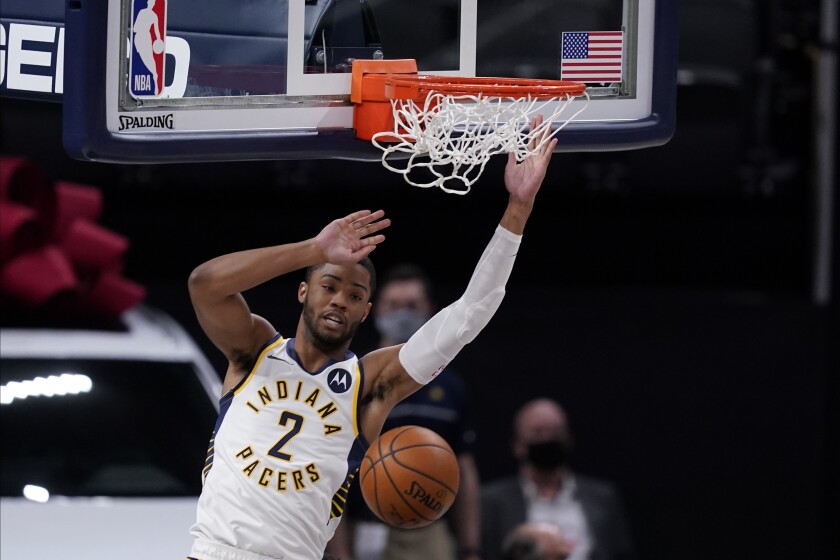 Picking one player to honor with the logo invites these kinds of oxygen-sucking debates, and really, that wasn’t the original intention. The current logo doesn’t make me think of Jerry West’s greatness. It makes me think of the league as a whole, a place where the best players in the world compete. Why should the logo make us think about anything other than that?

AG: Something we haven’t really discussed yet: What does Jerry West himself think about this? This isn’t the first time this discussion has been raised.

DW: Kobe Bryant is an all-time great player. He has two uniforms retired in Staples Center. His style of play and his maniacal on-court ferocity and work ethic have inspired generations of NBA players. The MVP of the All-Star game gets a trophy with Bryant’s name on it. He’ll eventually have a statue outside of Staples Center. It’s not as if his legacy and memory aren’t already a part of the league’s fabric.

BT: Well, Andrew, neither Jerry West nor the NBA has ever admitted that he’s the league’s logo. But, we all know it’s him and the story behind it. It’s such a distinctive Jerry West move and the silhouette is now a classic West.

That being said, West has always loved Kobe Bryant and he has said in past interviews that Bryant would be a great logo for the NBA. West has always admired how Kobe played the game, and West loved the person Kobe became upon retirement. West has always been somewhat embarrassed by the attention given to him as the NBA’s silhouette. But he has always liked the idea of Bryant being considered if the league decides to make a change.

BP: The logo works, few fans even know it’s Jerry West, and if it’s changed, there are lot more worthy options of players who paved the way for Kobe. As for permanently honoring Kobe, why not add the Mamba Trophy to the league’s postseason awards? Give it to the player who most embodies Kobe Bryant’s competitive spirit? If you can honor benchwarmers — they give an award to the sixth man of the year — you can certainly honor the Mamba mentality of a fallen superstar.