A handful of NFL teams that failed to make the playoffs last year have turned things around in 2020. An extra wild-card spot in both conferences also doesn’t hurt when projecting possible deep playoff runs.

The beauty of the NFL playoffs is that any team has a chance at making a Super Bowl charge. Teams with stars on both sides of the ball, a balanced offense or a strong coaching staff can get hot at the right time and string together a few wins to sneak into the Super Bowl. Look at the Nick Foles-led Eagles during the 2017 season as one example, or Joe Flacco’s 2012 Ravens as another.

Here are a few teams as of Week 11 that are quietly looking like Super Bowl contenders.

After missing the playoffs in their first season without Andrew Luck in 2019, the Indianapolis Colts could make a deep playoff run in 2020.

Last week’s 34-17 victory over the Tennessee Titans moved the Colts into first place in the AFC South. It also showed just how imposing they can look against playoff-caliber teams thanks to their talented defense.

The Colts are first in the league in team defense, allowing just 290.4 yards per game. The front seven features some big-time players, including Darius Leonard, DeForest Buckner and Justin Houston. Meanwhile, defensive tackle Grover Stewart has developed into such a useful player that local media outlets are calling him a must-sign free agent after this season.

Philip Rivers, meanwhile, is doing just enough to keep the offense rolling. After struggling to take care of the ball to start the year, he has thrown just one interception over the last three games.

The ground game has been inefficient, ranking 29th at just 3.8 yards per attempt. If Rivers can take care of the ball and keep the offense moving, the defense is dominant enough to carry this team.

The NFC West is the most dominant division in the NFL, and while the Seattle Seahawks and Arizona Cardinals get a lot of attention, the Los Angeles Rams are quietly putting together a strong season.

They held the Seahawks to their worst week offensively last Sunday in a 23-16 win. Star receiver DK Metcalf was a non-factor with just two receptions, and Russell Wilson had two interceptions and no touchdowns.

Jalen Ramsey and two-time Defensive Player of the Year Aaron Donald have anchored a formidable Rams defense. Los Angeles currently ranks second in both total yards and points allowed per game, while Donald has continued to put pressure on opposing quarterbacks. In nine games, he has already picked up nine sacks and three forced fumbles to make a strong case for another DPOY award.

Although the Rams aren’t blowing anyone away on offense this year, their balanced attack has helped them average an acceptable 24 points per game. Darrell Henderson has emerged as the team’s primary running back, averaging 4.8 yards per carry with 611 yards from scrimmage and five total touchdowns. He should be able to stay fresh for a playoff run thanks a backfield committee that also features Malcolm Brown and rookie Cam Akers.

Head coach Sean McVay helped get the Rams to a Super Bowl appearance just two years ago, and he has the pieces on both sides of the ball to do it again this year, even if Los Angeles isn’t able to win its division.

The Las Vegas Raiders are the only team to take down the defending Super Bowl champion Kansas City Chiefs this year. If they can do it again Sunday, they would look less like a dark horse and more like a legitimate Super Bowl contender.

Coming off their third straight win, the Raiders have started to find some rhythm on both sides of the ball. Derek Carr is having arguably the best season of his career, completing 69.3 percent of his passes for 2,156 yards, 16 touchdowns and just two interceptions. His 107.4 passer rating is currently the fifth-best mark in the league.

General manager Mike Mayock has put as many weapons around Carr as possible. Darren Waller has been a reliable safety blanket at tight end, while Nelson Agholor, Hunter Renfrow and Henry Ruggs III have all been productive receivers. Josh Jacobs, of course, looks like the real deal in his second season.

The defense will need to improve, particularly the pass rush; the team’s 11 sacks are tied for the second-fewest in the NFL.

Fortunately for Raiders fans, the defense has given up an average of 14.7 points over the last three games. As long as that trend continues, the Raiders shouldn’t have much trouble claiming a playoff spot and giving the AFC some trouble in the postseason.

The Cleveland Browns haven’t made a postseason appearance since 2002, but this year’s team might have enough talent to do more than just secure a playoff spot.

Led by a dominant ground game, the Browns are in the thick of the wild-card race at 6-3. In Nick Chubb’s return from a knee injury last week against the Houston Texans, he provided 126 yards and a touchdown on only 19 carries. In five games, he’s averaged 6.1 yards per carry.

A healthy Chubb will take a lot of pressure off Baker Mayfield, who has had a quiet season with just 15 touchdowns and seven interceptions. The loss of Odell Beckham Jr. for the year is an obvious blow, but having such a high-powered ground game with Chubb and Kareem Hunt means that Mayfield just needs to avoid costly turnovers to keep the offense moving.

On defense, Myles Garrett is making a strong case for Defensive Player of the Year, as he leads the league with 9.5 sacks and four forced fumbles.

A strong running game and an elite pass-rusher are key qualities in a Super Bowl contender. With remaining games against the Eagles, Jaguars, Giants and Jets, the Browns are in a great position to secure a postseason berth before potentially making some noise in the playoffs.

A year after going 5-11, the Miami Dolphins have already eclipsed last season’s win total. And now that there’s a new quarterback under center, they are thinking about more than just a playoff spot.

Since rookie Tua Tagovailoa has taken over, the Dolphins have gone 3-0 with wins over the Rams and Cardinals. He has looked more like a veteran than a rookie, completing 63.6 percent of his passes for 519 yards, five touchdowns and zero interceptions.

The defense has also continued to crush, as Miami is allowing just 20.2 points per game, the fifth-fewest in the league. Xavien Howard and Byron Jones lead a strong secondary, while young defensive linemen Christian Wilkins and Raekwon Davis have made an impact in the trenches.

Head coach Brian Flores has turned the Dolphins around in less than two full seasons, and the former Patriots assistant deserves plenty of credit, as does general manager Chris Grier. That roster will only get better moving forward, especially with four picks in the first two rounds of the 2021 draft thanks to the Laremy Tunsil trade.

The Dolphins are well-positioned for a playoff appearance, and Tagovailoa is playing well enough to lead the franchise for the foreseeable future. 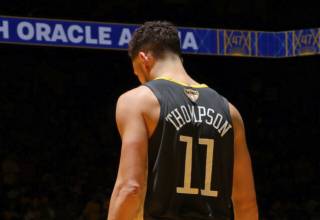 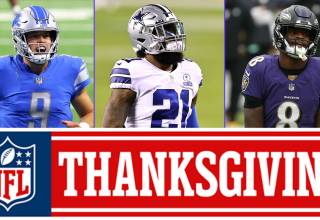