May 31, 2020
Trending
Home NFL 3 rules from the XFL the NFL should consider, and 2 they shouldn’t – Behind the Steel Curtain 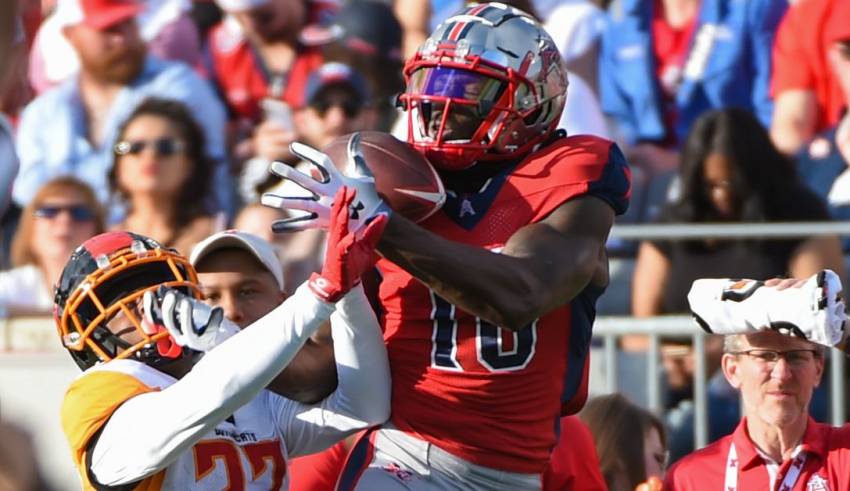 I found myself very intrigued with the XFL this off-season. For some reason, the AAF did not excite me last year. But as for the XFL, I find myself tuning in to see how former Steelers are doing and to check out some of the different rules they are implementing. Luckily, we aren’t seeing a race for the ball for possession like we did back in 2001. But the league decided to experiment with several issues which possibly need tweaked in the NFL.

So here are three rules in the XFL this season which the NFL should consider implementing some version of them. Also, there will be two rules which the NFL is better off not going anywhere close to changing.

The reason I like this rule is teams are more likely to go for it on fourth down based on how much they would net in field position. Bottom line, if the team is over midfield and are not in field goal range, it makes a lot more sense to attempt to get the first down rather than gain less than 15 yards a field position.

Yes, the touchback rule is also part of kickoffs, but everything else they have done deserves to have its own category. Rather than eliminate the kickoff or, as the NFL is attempted to do, make it so worthwhile for teams to have a touchback they won’t try and return, the XFL has tried to keep the play in the game but make it more safe. In the XFL, the ball is kicked off from the 30-yard line and one kick returner is back between their own 20-yard line and the goal line. The other 20 players are lined up and stationary much further down the field than the NFL. The kickoff team is lined up at their opponents 35 yard line while the receiving team is at their own 30 yard line. The only players who are allowed to move are the kicker and the returner until the ball is caught or three seconds after it hits the ground. Personally, I’m okay with their not being the three second delay. But keeping the kickoff in the game is something I would like to see and this setup should reduce the number of high-speed collisions.

Two other items of note from the kick off rule is the kick must go inside the 20-yard line. If not, it is the same as a touchback and the ball is spotted at the 35. This set up did eliminate the surprise onside kick, but teams can still attempt an on sidekick if they announce it for their players to line up where the ball is kicked off.

The XFL has implemented several rules to keep the game moving with rules that are separate outside of the last two minutes of each half. One rule is the XFL has a running game clock which means the clock does not stop when a player goes out of bounds or if there is an incompletion. Another rule when it comes to the clock management is inside of two minutes every play initially has a stopped clock at its conclusion until the ball is set and five seconds run off the play clock. This rule allows teams to use the entire field when trying to preserve time because even a completion over the middle will get a temporary clock stoppage. One thing which should be noted is if the XFL only has a 25-second play clock.

To make sure we understand the current NFL rule, many fans do not realize that when a player goes out of bounds during the majority of an NFL game the game clock starts once the ball is set. It is only inside the last two minutes of the first half and the last five minutes of the second half where the clock does not run when a player goes out of bounds.

While I do not believe the NFL should adopt all of the clock rules from the XFL, they could definitely consider some of them. Perhaps the NFL could treat incompletions much like out-of-bounds plays to where the clock begins to run once the ball is set. Also, I don’t know that I like running five seconds off the play clock before starting the game clock, but stopping the clock until the referees can set the ball is not something I would be opposed to completely. It should also be noted the XFL has one official on the field whose only job is to spot the football as he doesn’t even have a flag to throw. Having a ball-spotting official is something the NFL should implement as well.

No: Point(s) After Try

One thing the XFL did away with was kicking an extra point. When a team scores a touchdown, they have the option of going for 1 point from the 2-yard line, 2 points from the 5-yard line, or 3 points for the 10-yard line. Throwing in the three-point option gives a team and additional field goal or half a touchdown depending on how you look at it. While it does give teams more options to go for a tie or a win, it makes the team trailing by seven points not very certain they are even going to tie the game. Some fans may like this option, but personally I prefer the old-school options of one point kicking and two points for getting the ball in the end zone.

Another thing the XFL has done to cut down the time of games is they only give teams two timeouts per half. Personally, I would be more in favor of expanding the three timeouts used in the NFL per half if they were used merely to stop a running game clock and not to regroup on the sidelines. With the XFL rules, when the team leading the game has the ball, it is difficult for the defense to get the ball back quickly even if they have saved all their timeouts. If I were going to change the time out rule in the NFL, I would definitely go with my previous suggestion of having more but merely to stop the clock rather than inhibit the number given to each team.

So what are your thoughts on these rules? Do any of the changes appeal to you as something the NFL could try to consider in some form? Or has the NFL already changed rules enough over the past several seasons and need to just leave the game alone? Please leave your thoughts in the comments below.