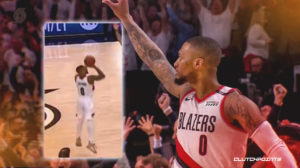 The NBA has seen a fair share of dominant teams over the course of its existence. Dynasties formed and disbanded and countless legends have come and gone since the league’s inception in 1946. Considering only three teams will qualify for this list, a number of legendary squads did not make the cut.

Without further adieu, here are the three greatest NBA teams of all time.

Perhaps the most talented NBA team to ever take the court, the 2016-17 Warriors were the most dominant iteration of the Stephen Curry-led Dubs. After the 73-win team lost in the NBA Finals to the Cleveland Cavaliers the year prior, they added Kevin Durant and from there it was clear that this team could be something special — and they were.

Curry and Klay Thompson manned the backcourt, while Draymond Green anchored what was an elite defense. Couple that with Durant’s unreal scoring ability and elite two-way play, and the Warriors finished the regular season with a record of 67-15. They then enjoyed a historically successful postseason run that saw them earn a 16-1 playoff record en route to the Larry O’Brien Trophy.

After their hated rivals, the Boston Celtics, took home the 1986 title, the Los Angeles Lakers were determined to reclaim the NBA championship hardware. Led by Magic Johnson, James Worthy, Kareem Abdul-Jabbar, and Byron Scott, L.A. cruised through the regular season and ended up winning 65 games in total. Johnson led the squad in points (23.9) and assists (12.2), while Worthy and Scott proved to be reliable scoring options. Kareem, though no longer in his heyday, remained a force inside.

After losing only one game combined in the opening three rounds of the playoffs, the Lakers got their chance at revenge against the Celtics. It was the Lakers who prevailed over their longtime enemy this time, as they won in six games and Johnson was rightly named NBA Finals MVP.

The consensus choice for the best team in NBA history, the Bulls were a complete team and lacked any real weaknesses. Arguably the greatest player in league history, Michael Jordan, orchestrated the offense. Scottie Pippen was a defensive menace and unheralded scorer, and Dennis Rodman was an all-time great rebounder and defender. Combine that with a supporting cast that included Ron Harper, Toni Kukoc, Steve Kerr, and Luc Longley, and the 1995-96 Chicago group was destined for greatness.

The Bulls concluded the campaign with a then-NBA record 72 wins, and Jordan was awarded the NBA MVP trophy. They suffered only one defeat prior to the NBA Finals, and it came in overtime against the New York Knicks in the Eastern Conference Semifinals. Chicago’s NBA Finals opponent, the Seattle SuperSonics, were an exciting squad that featured the dynamic duo of Shawn Kemp and Gary Payton. They were certainly a worthy adversary, as Seattle won 64 games under George Karl, but they were not at the Bulls’ level. Chicago finished off the Sonics in six games after gaining an insurmountable 3-0 lead in the series, with Jordan winning Finals MVP.