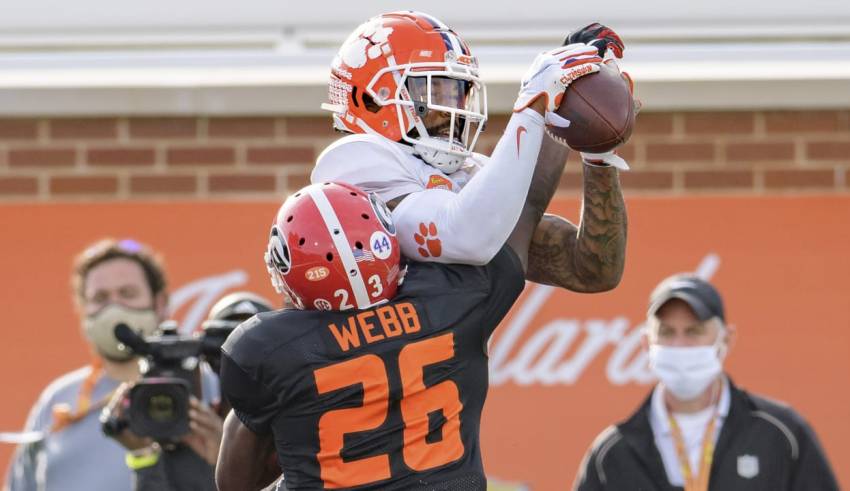 With Reese’s Senior Bowl week in full swing, 100-plus prospects for the 2021 NFL Draft are in the midst of a crucial job interview. NFL.com’s Daniel Jeremiah and Chase Goodbread provide a look at standouts from Day 2, as well as notes from player and coach interviews.

Creed Humphrey, C, Oklahoma. The former Sooner impressed for the second straight day. Sometimes it takes offensive linemen a day or two to get going as they adjust to a new system and new teammates at the Senior Bowl, but that hasn’t been the case for Humphrey. The rep is over when he locks on. He had an errant snap on Wednesday, but aside from that, the reigning Big 12 Offensive Lineman of the Year has helped himself this week. He looks like a Day 2 (Rounds 2-3) pick and an immediate starter.

Quinn Meinerz, interior O-lineman, Wisconsin-Whitewater. Full disclosure: I didn’t know anything about Meinerz prior to this week. He’s stealing the show in Mobile, though, after putting together two dominant days of practice. The Senior Bowl is important for every prospect in attendance, but it’s especially critical for a player like Meinerz, who comes from Division III and didn’t get to match up against top competition until he arrived at the Senior Bowl. He certainly is showing he belongs. He’s been even better than the Buccaneers’ Ali Marpet — a fellow former DIII player — was at this event several years ago. Marpet used this all-star game to launch his career, and Meinerz is well on his way to doing the same thing. You have to respect his sense of fashion, too.

Cornell Powell, WR, Clemson. After having to wait his turn behind some highly talented Clemson receivers (including Mike Williams and Tee Higgins) Powell finally broke out when he got more of an opportunity in 2020. He’s carried the momentum from the season into practices this week. I saw him get on top of coverage and track the ball really well on Wednesday. He was very efficient at the top of his routes.

Quincy Roche, edge rusher, Miami. An ACC pass rusher caught my eye for the second day in a row. Roche was outstanding in team sessions, pushing his way into the backfield to make plays. He relies on power over speed to disrupt offenses and has a little stiffness in his game, but he reminds me of former NFL defensive lineman Darryl Tapp, a second-round pick of the Seattle Seahawks back in 2006. Tapp spent more than a decade in the league and was a productive player. We could see Roche make the same kind of impact.

Amari Rodgers, WR, Clemson. More love for Clemson wide receivers! I usually prefer a little more variety in my Senior Bowl standouts, but I simply can’t leave Rodgers off the list. I loved his crisp route running on Wednesday. He has strong hands and a solid overall feel for the game. He was Trevor Lawrence’s top target this past season, and he has good bloodlines, too. His father is former Tennessee quarterback Tee Martin, who’s been coaching in the college ranks for more than a decade. Rodgers reminds me of Randall Cobb. The Houston Texans wide receiver has had a long, successful run in the league, and Rodgers has similar potential.

News and notes from Wednesday’s practices

Watson’s influence at Senior Bowl: It’s been 13 months since Jamie Newman played in a football game, so it might feel a bit strange when the former Wake Forest and Georgia quarterback takes snaps for the American squad in the Senior Bowl on Saturday. But thanks largely to extensive daily workouts that have been ongoing since October, Newman said he hasn’t felt rusty in practice.

He threw five days a week with his private quarterback coach, Quincy Avery, and has stayed in top physical shape.

“Football is like riding a bike for me,” Newman said. “It’s a game I’ve loved since the age of 5.”

Newman is one of several Senior Bowl players who opted out of the entire 2020 football season amid the COVID-19 pandemic, along with CB Ambry Thomas and WR Nico Collins of Michigan, Wake Forest WR Sage Surratt, Oregon CB Thomas Graham Jr. and Washington DT Levi Onwuzurike. For all of them, 2020 represents lost experience that can never be recovered, at least as a draft prospect. But Newman did all he could to minimize the impact. He also got a chance to pick the brain of one of the NFL’s top quarterbacks.

“I had the pleasure of sitting down with Deshaun Watson a couple times, learning how he game plans,” Newman said. “That was a special opportunity.”

Newman played for Wake Forest in 2019, then transferred to Georgia, but never played for the Bulldogs due to his opt-out decision. Saturdays in the fall were mostly a rest day for Newman, and he locked into as much college football as he could absorb, watching up to eight or 10 games. If Wake Forest and Georgia were in the same time slot, he wouldn’t miss a play.

“I’d have Wake on my TV and Georgia on my laptop,” Newman said. “I just used Saturdays to kind of fuel my fire.”

Single blocks welcome: Wake Forest DE Carlos Basham, one of the top draft prospects in Mobile, is glad to be dealing with single blocks in practice. He saw a significant increase in the number of double-teams he faced during the 2020 season, a point of frustration early in the year that he eventually embraced.

“I just tried to encourage the other guys and let them know, if two are on me, they’re one-on-one and they can go make a play,” Basham said. “But it was tough — if I got single-blocked up front, here comes the running back. Sometimes when teams went to max protection, I’d get two up front and still get the back.”

Basham made five sacks on the season, impressive big-play production on a per-game basis given that he played in seven contests. He hasn’t played since Oct. 31 due to a combination of COVID-19-related cancellations, a positive test of his own in November and his decision to opt out of the Demon Deacons’ bowl game.