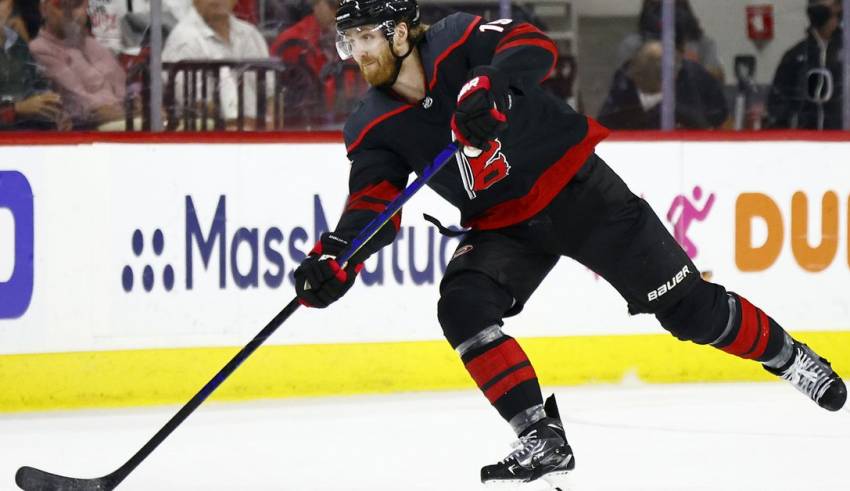 Hamilton is one of, if not the biggest names on this year’s market. Don Waddell said Saturday the team had a deadline with the top-pairing defenseman, and would need to get him signed before free agency opens. The clock is ticking, in other words. It doesn’t look good for Hamilton to remain in Raleigh.

Meanwhile, sources confirm Dougie Hamilton is going to market. Unless something drastic changes, he’s not re-signing in Carolina. The New Jersey Devils looking like front-runners but we’ll see Wednesday when the market opens. @TSNHockey @TheAthletic

The Hurricanes also need NHL two goalies, assuming they’re not able to come to terms with two of Mrazek, Bernier or Reimer by noon.

The team has already been linked to a few players through rumors:

Hearing #Canes are closing in on an agreement with UFA D Tony DeAngelo.

Not done yet. But expecting a 1-year deal. There was lots of interest and the opportunity to play for Rod Brind’Amour was appealing.@DFOHockey

Jake Virtanen has drawn interest from multiple teams, including Carolina. He’ll have options after being bought out by Vancouver.

We’re keeping a running tab of today’s transactions, with separate articles to follow regarding any Hurricanes-related transactions and interviews.

CapFriendly’s UFA browser is a handy resource; check it out [here]

As a friendly reminder, and we can’t say this enough so we’re putting it in gigantic letters:

Seriously. Don’t get hoodwinked by a con artist. Double and triple check your sources (my best practice is to create a twitter list of all the relevant NHL pundits so I know if the tweet is in the list it should be valid). Today is not the day to proliferate fake news.

A few news nuggets to read, watch and listen to this morning as we’re waiting for things to kick off.

NEWS: Tyler Johnson is headed to the Chicago Blackhawks.

Tampa Bay traded Johnson and their 2023 second round pick to the Chicago Blackhawks in exchange for Brent Seabrook, sources told ESPN.

#RedWings have informed Evgeny Svechnikov, their top 2015 pick, that he won’t receive a qualifying offer by today’s 5 p.m. deadline, making him an unrestricted free agent. They’re open to signing him to a 2-way deal. He’ll explore the market, agent Todd Diamond said.

Alex Ovechkin is back in DC for five more years

Brenden Dillon traded to the Winnipeg Jets for two 2nd round picks.

Signing and Trades – Other NHL Teams