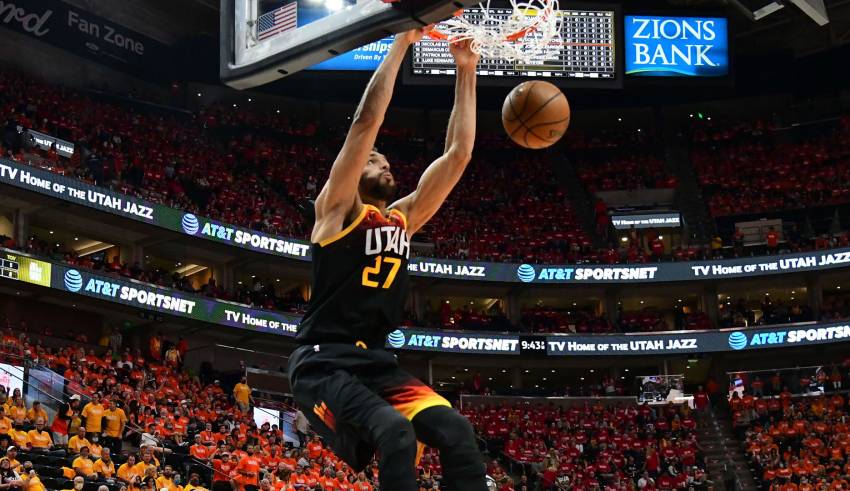 If you can get Rudy Gobert in the 3rd round of your fantasy drafts, do it.

So you’re on the clock in your fantasy hoops draft, and you’re not sure who to take. Do you want to go safe and select a high-floor player or push all your chips in on a high-risk, high-reward option? Fortunately, I’ve got you covered in both scenarios. In our first of a two-part series, I’ll highlight the safest picks available in each of the first 10 rounds of your fantasy basketball draft.

The case could be made for plenty of players here, including Nikola Jokic and Stephen Curry. I’m going with Dame because his draft capital is a little less intimidating than the aforementioned players. Lillard can be had in the mid-first round, where guys like Jokic or Curry will cost you a top-2 pick. James Harden and Kevin Durant were in the running here, but injuries and rest made me reconsider.

There are quite a few high-floor options available from picks 13-24, but Beal stands out above the rest. Last season, he garnered a 33.5% usage rate, and Russell Westbrook (29.5% usage rate) will don the purple and gold this season. The team added Spencer Dinwiddie, Kyle Kuzma, Kentavious Caldwell-Pope, and Montrezl Harrell to form a wholly uninspiring lineup around Beal.

Khris Middleton was an obvious consideration here, but Gobert was the selection for Round 3. Over the last five seasons, Goober has averaged 14.6 points, 12.7 boards, and 2.4 blocks while shooting 66.4% from the floor. In that same span, he’s never failed to record a double-double, swat fewer than two shots, or shoot worse than 62.3%. He’s about as safe as they come in fantasy drafts.

It’s been steady as she goes for Ingram since joining the Pels. In two seasons in the swamp, the former Laker and Blue Devil has averaged 23.8 points, 5.5 boards, 4.6 dimes, and 2.3 triples while shooting 46.5% from the field and 86.5% from the charity stripe. Aside from a dip in rebounds last season, his production was nearly identical in 2019-20 and 2020-21. With turnover in the backcourt, expect BI to be dialed in for another productive season. 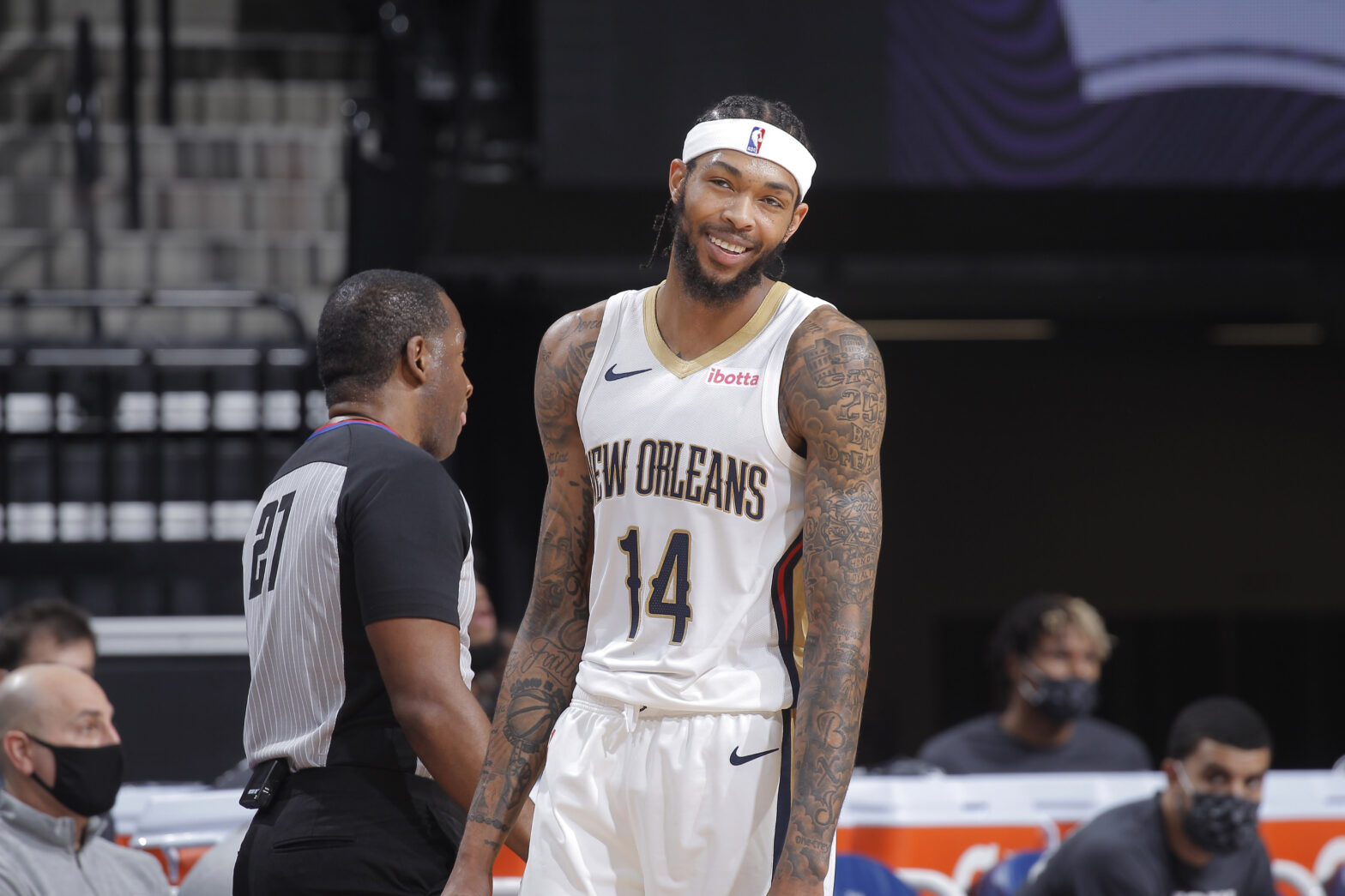 Brandon Ingram should be available in the 4th round of your drafts, but could become a top-2 round value.

Since 2015-16, McCollum has averaged at least 20.0 points, 3.0 dimes, 3.0 boards, and 2.3 triples. In only one season did he fail to shoot 45% from the field or 81% from the foul line. As Damian Lillard‘s right-hand man, Robin to his Batman, and Gore to his Clinton, McCollum has been the model of consistency. You know exactly what you’re getting when you add him to your fantasy team.

Anunoby has made noticeable strides in production every year he’s been in the league, and the expectation is that he does it again in 21-22. A solid shooter, scorer, and defender, his game isn’t predicated on one particular stat or skill, and his floor is rock solid. After averaging 15.9 points, 5.5 boards, 2.4 triples, 2.2 dimes, and 1.5 steals a season ago, he’ll look to take an even bigger leap forward in his fifth season.

At this point in your draft, you won’t be able to get a guy as safe as Rudy Gobert or Bradley Beal, but Garland is a solid section in this spot. In his second season, he took a noticeable step forward as a scorer and facilitator, setting new career highs with 17.4 points and 6.1 dimes. Garland’s shooting improved more efficient 45/39/84 splits, and he drained 1.9 triples per contest. As long as he can continue to develop in Year 3, he should be a smash at this ADP. 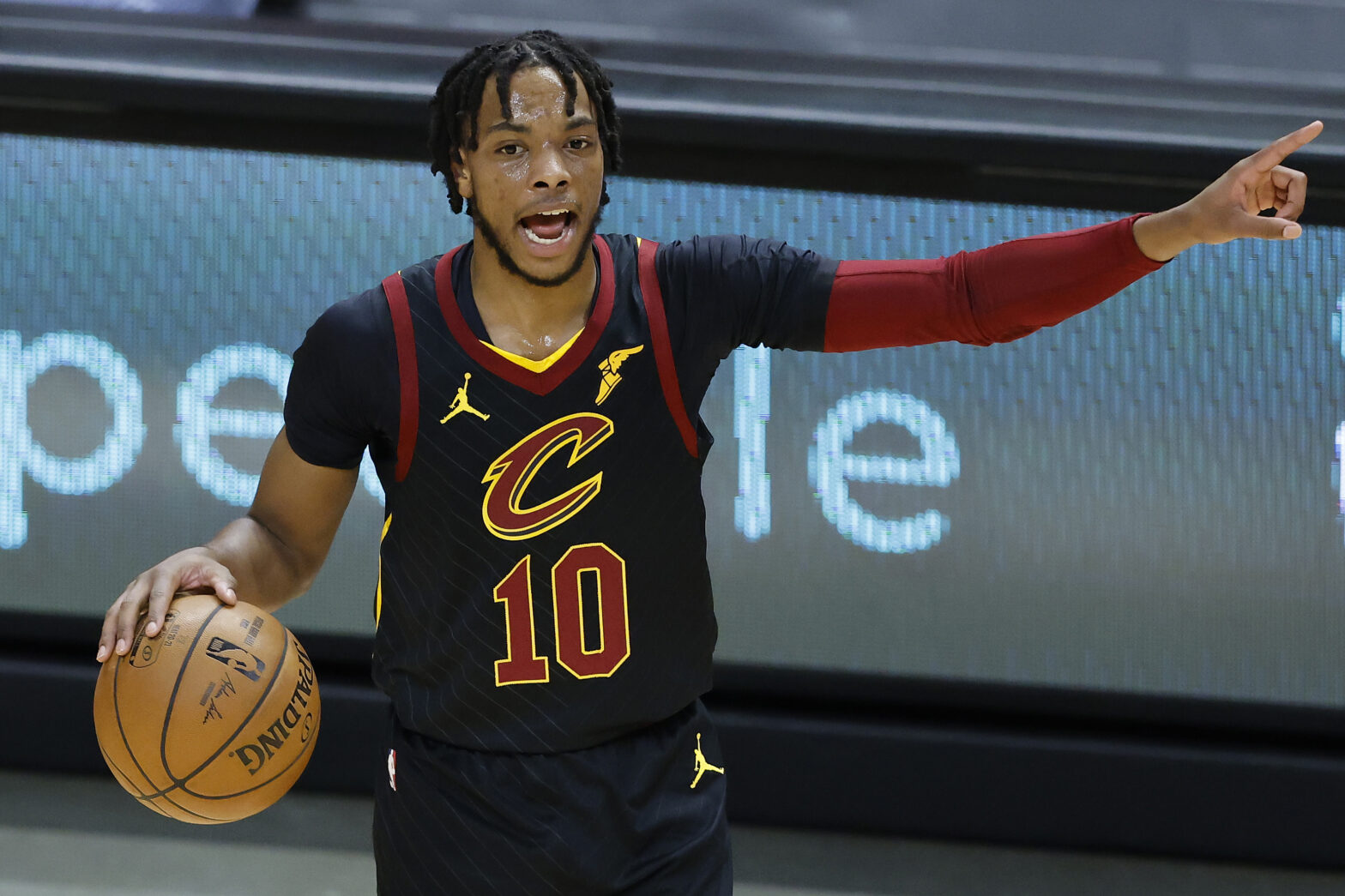 Year 3 for Darius Garland could be big and help your fantasy squad with a late round pickup.

Bogy was a solid role player and sometimes starter with the Kings before joining Atlanta last season, but in the transition to the Hawks, he didn’t lose an ounce of consistency. Over the last three campaigns, Bogdanovic has averaged at least 14.0 points, 3.4 boards, and 3.3 dimes while stroking at least 1.9 triples. In his first season with Atlanta, he set new career highs in points (16.4), boards (3.6), swipes (1.1), and triples (3.3) while shooting efficient 47/43/90 splits. He appeared in just 44 contests a season ago, but as long as his knee isn’t a concern to start the season, he’s got top-60 upside at a highly-discounted draft price.

Poeltl had a huge 2020-21, setting new career highs in points, rebounds, assists, steals, blocks, and most importantly, minutes. He averaged 8.6 points, 7.9 boards, and 1.8 blocks across 26.7 minutes on the year. In 52 starts, he bumped those numbers up to 9.8 points, 8.6 boards, and 2.0 blocks across 29.2 minutes while shooting 62.6% from the floor. He’s a high-percentage shooter who will contribute productive rebound and block numbers. With DeMar DeRozan and Rudy Gay gone, minutes and usage are up for grabs, and Poeltl could be in line for his best season yet. He’s a no-brainer selection if he falls to you here.

Fournier’s value has been greatly underestimated by the fantasy community, as evidenced by his Round 10 ADP. Over the last five seasons, he’s averaged 17.1 points, 3.2 dimes, 3.0 boards, 2.3 triples, and 1.0 steals while shooting better than 45% from the field and 80% from the charity stripe. You’re getting a reliable scorer and shooter who can chip in some meaningful peripherals. The Knicks brought him in to contribute immediately as a playmaker and scorer, and he figures to see plenty of minutes in the starting five.