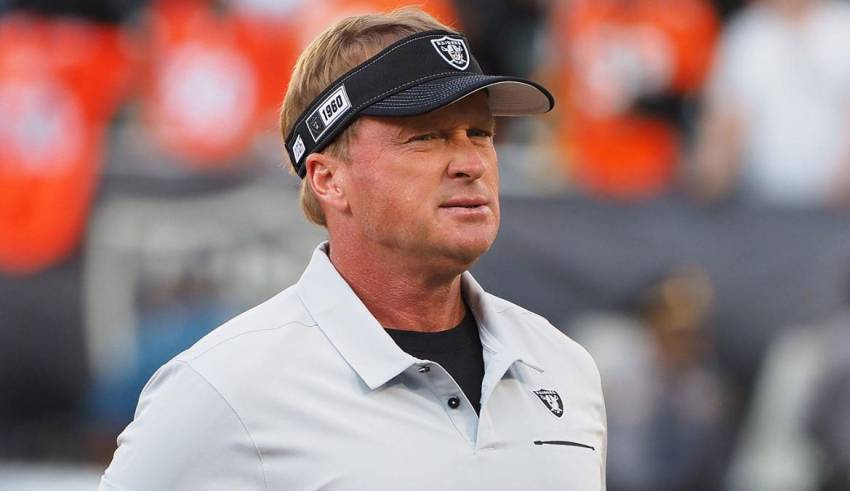 It’s now been more than three weeks since the release of the 2020 NFL schedule, and since I’m in quarantine and have nothing better to do, I decided to comb through all 32 schedules to find the five most difficult stretches that any team will face this year.

Last week, I went through and found the easiest stretches, which you can check out by clicking here, and this week, I’ll be checking out the death gauntlets that multiple teams will be trying to navigate through this season.

To figure which teams had the most difficult stretches, I took multiple things into account, including Super Bowl odds, whether a team will be playing at home or away during their “most difficult” stretch, and what their opponent’s over/under for the season looks like. I also considered a few independent factors. For instance, the Raiders have to play in the eastern time zone during their difficult stretch, which isn’t ideal for a team that’s 6-24 in their past 30 games that were played in eastern time.

For a stretch of games to count in the rankings, it had to be at least three weeks long (One stretch on this list is six weeks long). There are a lot of teams that play two straight difficult games, but once you throw in a third game (or more), things generally get slightly easier for most teams, but not for the five teams below.

Alright, let’s get to the rankings.

If you’ve ever been on a three-night bender in Vegas that ends with a major hangover that makes you feel like you got hit by a car, then you probably know how the Raiders are likely going to feel after this stretch of games. The Raiders have the longest stretch of difficult games of any team on this list, and it’s all going to be starting in Week 2, when they open up their new stadium against the Saints on Monday Night Football.

After playing the Saints, the Raiders have to turn around on a short week and fly across the country to play the Patriots in New England. And just as a reminder, the Raiders are 6-24 in their past 30 games played in the eastern time zone. After flying to New England, the Raiders will continue their AFC East gauntlet in Week 4 with a game against the Bills. As if that’s not bad enough, the stretch then ends with consecutive games against Patrick Mahomes and Tom Brady (with a bye week sandwiched in-between the Chiefs and Buccaneers). The Raiders have lost 10 of their past 11 games against the Chiefs and they’re 1-4 against Tom Brady, so good luck, Raiders.

The Raiders schedule was so brutal last year that the NFL schedule-maker actually felt bad about it, which probably made the team think they might be getting a slightly more friendly schedule this year, but that’s not what happened. Instead, the Raiders were hit with our longest “most difficult” stretch while checking in with the fifth toughest stretch overall of any team this year.

The Eagles aren’t at the top of our “toughest stretches” list, but maybe they should be, because they’re the only team on this list that will be facing two different stretches of impossible games.

From Sept. 14 to Nov. 14, the Eagles only leave Pennsylvania one time, which seems like a good thing, but during that two-month stretch, the NFL made sure to sneak in a difficult span of games on Philly’s schedule. The first rough stretch starts in Week 4 with that one trip out of Pennsylvania when the Eagles fly across the country to play the 49ers. After that, the Eagles get consecutive games against AFC North opponents, which would probably be fine if it were the Browns and Bengals, but it’s not, it’s the Steelers and Ravens with the game against Pittsburgh coming on the road.

After that brutal three-week stretch, the Eagles will get a breather before they get hit over the head with another difficult stretch starting in Week 12 when they play three consecutive games against teams that not only made the playoffs last season, but three teams that averaged a total of 12.3 wins combined in 2019. The first game of the stretch will come in Week 12 against the Seahawks on a Monday, and although that game is at home, the Eagles then have to hit the road to play a short week December game on the frozen tundra of Lambeau Field. After surviving the frigid temperatures in Green Bay, the Eagles will return home to play the Saints in Week 14. Yikes.

Maybe the Texans shouldn’t have traded DeAndre Hopkins, and that’s because they’re going to need all the offensive firepower they can get over the first few weeks of the season. The two highest scoring teams in the AFC last year were the Ravens and Chiefs, and oh look, those are the two teams that just happen to be on the front-end of Houston’s schedule. In those two games, the Texans will face Patrick Mahomes and Lamar Jackson, making Houston the first NFL teams since 2005 to open the season up against the past two MVPs. Fifteen years ago, the Ravens had to face Peyton Manning and Steve McNair during the first two weeks of the season, and let’s just say, the Texans better hope that things go better for them than they did for Baltimore. Back in 2005, the Ravens lost those two games by an average of 16 points.

After the death gauntlet that is the first two weeks, the Texans have to travel to Pittsburgh in Week 3, which isn’t good news for Houston, and that’s because Bill O’Brien has never beaten the Steelers (0-2). This brutal stretch then ends with a game against the Vikings, a team that went to the playoffs last season.

If the Falcons want to make the postseason in 2020, they better have a playoff berth wrapped up by the time Week 14 ends, because there’s a good chance that things are going to get ugly for Atlanta starting right around that point. Over the final three weeks of the season, the Falcons will be facing Tom Brady, Patrick Mahomes and then Tom Brady again. That’s definitely a nightmare stretch for a team that struggled to stop the pass last year. The good news for the Falcons is that they’ve dominated the Buccaneers over the past few years, winning six of their past seven against Tampa. However, that streak came against Jameis Winston, who’s not going to be around to hand the Falcons free wins, like he did in Week 17 last season when he threw an overtime pick-six that allowed Atlanta to win.

As if that stretch isn’t bad enough for the Falcons, they’re also one of only four teams in the NFL this year that will have to close the season by playing two straight games on the road. To make things even worse, five of their final seven games will also come against Super Bowl winning quarterbacks (Drew Brees x 2, Tom Brady x 2, Patrick Mahomes).

Opponents: At Cowboys, at Steelers, at 49ers, Seahawks

The award for most difficult stretch of the NFL season, which is definitely an award you don’t want to win, goes to the Washington Redskins. If you’re thinking about making the Redskins your dark horse pick to make the playoffs this year, my advice would be to pick another team — Like, literally any other team — because I’m not sure how the Redskins are going to survive this stretch.

For one, the Redskins have to play three straight games on the road, which is notable, because they’re one of only three teams in the entire NFL that has to play three consecutive weeks on the road this year (The Cardinals and Saints are the others). The upside for the Cardinals is that they’ll only have to travel twice on their three-game trip because they play consecutive games against the Panthers and Jets, and will be staying on the east coast in-between games. The upside for the Saints is that two of their three games will come against teams that finished under .500 last year. The upside for the Redskins is … nothing. The NFL scheduling department gave them no silver lining.

Not only were the Redskins given a three-game road trip, but it’s a nightmare. First they go to Dallas, then Pittsburgh, and as if that’s not bad enough, they then have to fly across the country to San Francisco. After that stretch, they return home to play a Seahawks team that’s 7-0 in the eastern time zone since the beginning of the 2018 season.

The only minor silver lining for the Redskins is that they also have a stretch of games that ranked on our “easiest stretches” list, and if you want to see where they ranked there, be sure to click here.