July 15, 2020
Trending
Home NFL 2020 NFL Schedule: Falcons headed to London this year and their owner thinks he knows who they're playing – CBS Sports 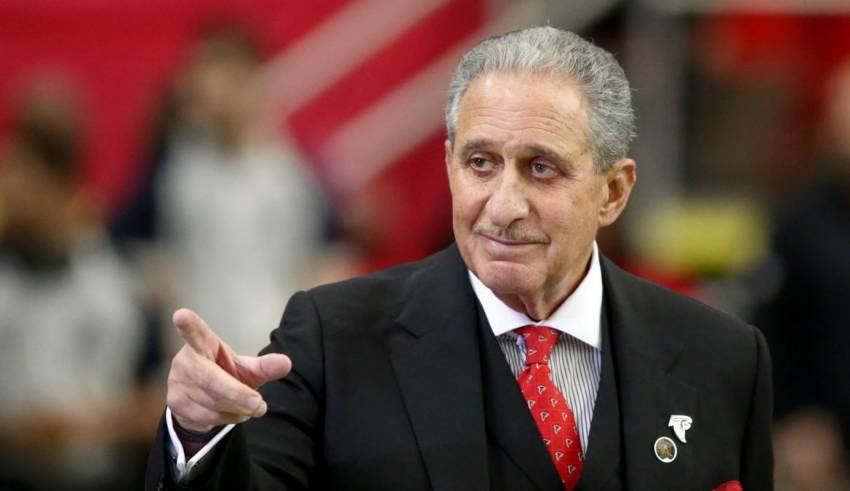 Although the NFL won’t be releasing its 2020 regular season schedule until April, the league has already released a few nuggets about the upcoming season, and it seems that Falcons owner Arthur Blank might have just accidentally revealed one more.

Back in November, the Falcons announced that they would be playing a “home” game in London in 2020. However, at the time, Atlanta didn’t announce who its opponent would be, but the team did say that it wouldn’t be a divisional game. Based on the process of elimination, that meant that the Falcons would either be hosting the Bears, Lions, Seahawks, Broncos or Raiders since they’ll be playing all five of those teams at home this year.

According to Blank, the mystery team heading to London to face the Falcons will be the Denver Broncos.

“The NFL has had great experiences in London,” Blank said over the weekend, via TalkSport.com. “Every game has sold out, the fans are full of energy — no matter who’s playing there — facilities are outstanding, so I really couldn’t be happier that we’re going back. We had a weird ending to the last game, we lost on the last play of the last game against the Lions, but we’re still looking forward to coming back. I think we’re playing against the Broncos, I think, from what I’ve heard, I’m not sure, so we’ll see. But we’re excited about it.”

Based on that, you probably shouldn’t go booking a flight to London just yet if you’re a Broncos fan, but that seems pretty promising. Also, it would make a lot of sense to send the Broncos to London, because they haven’t been there in nearly a decade. The last time the Broncos played in England came back in October 2010 when they lost to the 49ers 24-16.

As for the Falcons, this will be the third time that Atlanta has played a regular season game outside the country and on the previous two occasions, things got kind of crazy. In 2013, the Falcons played the Bills in Toronto in a game ended up going to overtime. The Falcons didn’t clinch the win until Matt Bryant nailed a 36-yard field goal just three minutes into the extra period.

In 2014, the Falcons were involved in one of the wildest international games ever when they played the Lions in London. In that game, the Falcons led 21-0 with eight minutes left in the third quarter before completely melting down. The Lions ended up scoring 22 straight points to win the game 22-21. For most teams, that would qualify as the greatest collapse in franchise history, but the Falcons aren’t most teams. They outdid themselves two years later when they blew a 28-3 lead in the Super Bowl.

As for the rest of the international series, the Jaguars announced on Tuesday that they’ll be playing two games in London in 2020. The games will come on consecutive weeks and the Jags won’t be playing the Steelers or Bears, which means two of the following six teams will be heading across the pond next season: Colts, Texans, Titans, Browns, Lions and Dolphins. If I had to guess the Jaguars two opponents based on how the schedule has been set up in the past, I’d say it’s going to be the Colts and Lions.

One team we can almost definitely rule out is the Dolphins, and that’s because the Miami Herald has reported that the Dolphins will also be hosting an international game, although it’s unclear if that game will be played in London or Mexico City. The Dolphins 2020 home schedule includes games against the Patriots, Bills, Jets, Chiefs, Chargers, Rams, Seahawks and Bengals.

The NFL held four games in London last season, and if the league sticks to that plan, that means there will be one more host team besides Jacksonville (twice) and Atlanta. The league has also announced that Mexico City will definitely be getting a game, which means we’ll likely see five games abroad in 2020.