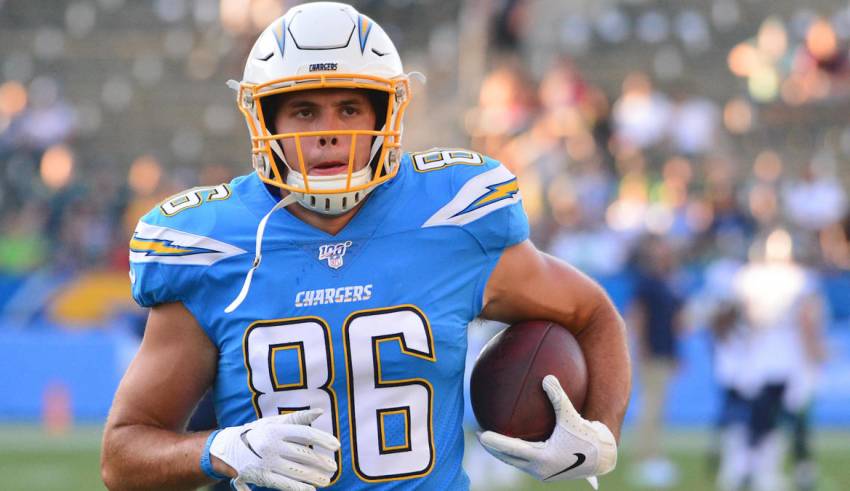 To say the NFL collective bargaining agreement negotiations are complicating things is a bit of an understatement. Teams around the league are trying to navigate contract talks with key in-house free agents without knowing if they’ll have both the franchise tag and the transition tag at the their disposal, or just one of them — one being siphoned away if a new CBA lands before the league year starts on March 18. This puts a spotlight on everyone from Dak Prescott and Amari Cooper (along with Byron Jones) in their talks with the Dallas Cowboys, to Shaquil Barrett and the Tampa Bay Buccaneers, to Hunter Henry and the Los Angeles Chargers, and a host of other impact talent around the league.

To that point, the Buccaneers and Chargers are expected to move forward in tagging Barrett and Henry, respectively, sources tell Jason La Canfora of CBS Sports. La Canfora’s insight is echoed in a recent report by Ian Rapoport of NFL Network, as all signs now point to the inevitable if no deals are agreed to.

The window to apply the tag to players opened on Feb. 25 and has been extended beyond March 10 to March 12, giving clubs an extra two days to sort things out with the latest CBA proposal — having now been sent to players for a full vote that could take more than two weeks to complete. It’s unknown if either team would wait until the last minute to pull the trigger on a tag, but not having the access to two tags truly complicates things for the Bucs. They’re in a unique situation similar to that of the Cowboys, in that they’re hoping to negotiate with franchise quarterback Jameis Winston while also trying to not allow Barrett to hit the open market.

If they tag Barrett, they can’t tag Winston, and vice versa; assuming the new CBA lands.

Barrett was an undrafted free agent signed by the Denver Broncos in 2014 and went on to become an All-Pro linebacker after signing a one-year deal with the Bucs in 2019. Head coach Bruce Arians loves what he has in the 27-year-old, especially after seeing him deliver a career- and league-best 19.5 sacks, along with six forced fumbles and an interception last season. It’s that type of lights-out play that has them second-guessing putting a tag on Winston, who had 30 interceptions to go along with his 33 touchdowns.

Things are less complicated for the Chargers, who will let Philip Rivers walk and can key in on Henry as a priority re-signing whose value qualifies him for a tag. Now fully recovered from a torn ACL that sidelined him all of 2018, the 25-year-old played in 12 games last season and had a career-best 652-yard campaign with five touchdowns. A former second-round pick and member of the PFWA All-Rookie team in 2016, retaining Henry will go a long way in helping the Chargers new quarterback acclimate — whoever that may be.

Legal tampering in the NFL begins on March 16, but it doesn’t look like Barrett or Henry will be participating.