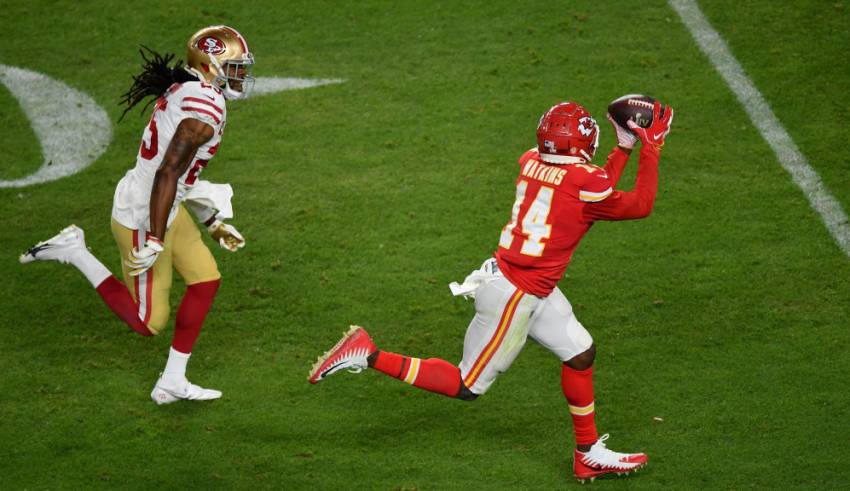 Haven’t had time to catch your breath since the end of the 2019 NFL season? Well, too bad. We’re already just a month out from the start of free agency, and with a stacked group hitting the open market in March, teams across the league will be trimming the fat off their rosters over the next month in order to free up cap space (cuts actually began last week, with the Redskins getting rid of Josh Norman and the Ravens jettisoning Tony Jefferson.)

Some of the cuts could include some big-name players who will only add to this year’s crop of free agents. We’ve picked out 20 players who could be on the chopping block over the next few weeks…

In most offseasons, the Bengals would be able to get something of value in return for a solid starting QB like Dalton. But with a number of veteran passers hitting the market, this isn’t one of those offseasons. It’s essentially a lock that Joe Burrow will be Cincinnati’s starting quarterback next fall and Dalton has no dead money remaining on his deal. He’ll have a new home in 2020.

A year after trading an all-pro guard for Vernon, the Browns may have to move on. While Vernon was productive in his first season in Cleveland, the production did not match the price. He’s slated to cost the Browns $15.5 million in 2020, but none of that money is guaranteed. Maybe the front office can find a team desperate enough to trade for Vernon but it’s unlikely.

We tend to underrate the importance of Watkins to the Chiefs offense, as his ability to beat man coverage on the perimeter helps to open things up for Travis Kelce and Tyreek Hill, but I don’t know if the value he provides is worth $21 million, which will be his cap hit for the 2020 season. If Kansas City can’t find a trade partner, they may have to just cut Watkins loose for nothing in return. Well, except for an extra $14 million in cap space, that is.

Before the Vikings cut Griffen, they’ll likely shop him around and see if they can get anything back in a trade. He’s on the downside of his career but remains a useful pass rusher. Just not a pass rusher worth the $13.9 million it would cost Minnesota to keep him.

After a good start in Jacksonville, Bouye’s production has declined and he’s coming off his worst season with the Jags. With only $4 million in guaranteed money left on his deal and a 2020 cap hit of nearly $15.5 million, Jacksonville has no choice but to move on. If the front office can’t find a trade partner, Bouye will likely be released.

The Saints could very well want Jenkins back in 2020 but not at $11.3 million. With no guaranteed money left on his deal, Jenkins doesn’t have any leverage. If he wants to stay in New Orleans, he’ll have to agree to a paycut. Otherwise, he’ll find himself on the open market this offseason.

While it’s hard to just part ways with a reliable starting corner like Amukamara, the Bears are strapped for cash, and the veteran’s price tag is a bit steep. There could be interest if Chicago puts him on the trade block but teams know he doesn’t have a future with the Bears.

We know Bill Belichick doesn’t do the whole sympathy thing. Hightower was a great player for him for a long time, but he’s on the downside of his career and the $8.8 million the Patriots could save by releasing him would help the team bring back Tom Brady and find him some weapons to work with. Hightower could very well return to New England at a lower price after testing the open market.

We can officially stop with the “if healthy” qualifier on Reed. He just completed his sixth season in the NFL and has yet to start more than nine games in a year. After scoring 11 touchdowns and earning a monster extension in 2015, Reed has found the end zone just 10 times over the last three seasons. It’s time for Washington to cut its losses and move on with an extra $8.5 million to spend this offseason.

The Giants are nearly off the hook for the awful trade they made during the 2018 offseason in which they gave up two picks for Ogletree. You wouldn’t know it by looking at his contract, but Ogletree has been one of the worst linebackers in the league — maybe THE worst — over the past few years. He was also one of the highest-paid players at his position. That will no longer be the case.

The days of Graham being an elite receiving threat have long passed. Graham has stayed healthy in Green Bay, but he’s averaged just 46.5 receptions, 541 yards and 2.5 touchdowns over the last two years. Those are mid-level starter numbers. But, with an $11.7 million cap hit in 2020, Graham is still being paid like a top tight end. The Packers can save all but $3.7 million of that by cutting the former star.

The Cowboys could see Crawford’s $9 million price tag as reasonable for a player who has proven productive when healthy. But with Dallas needing to re-sign Dak Prescott, Amari Cooper and Byron Jones this offseason, it’s going to be hard to just pass up on the $8 million it can save by parting ways with Crawford.

Murphy has been solid when he’s been able to stay on the field. But he’s missed a lot of time and has a big cap hit for a player who doesn’t make a meaningful impact. The Bills have more pressing needs and the $8 million they can save by cutting Murphy could go a long way.

Alonso is coming off his best season in years, but once again ended up on IR. Between his injury history and inconsistent track record, it’s hard to see the Saints holding onto Alonso with an $8.7 million cap hit.

It’s always hard to justify spending a lot of money on a run defender, even one as good as Harrison once was. But the big defensive tackle’s play slipped in 2019 and he’s on the wrong side of 30. With a pivotal offseason ahead for Detroit’s front office and coaching staff, they could surely use an extra $6.8 million to help build the roster.

Hindsight is 20/20 but even at the time, the Patriots trading a second-round pick for Sanu reeked of desperation. And after Sanu struggled to fit in with the offense, cutting ties looks like the smartest move for an organization that could have to cough up a lot of money to get its quarterback situation settled. Cutting Sanu wouldn’t cost the Patriots any dead money while freeing up $6.5 million.

Not too long ago, Walker was one of the NFL’s best tight ends. But after a few significant injuries, that is no longer the case. And the Titans have an exciting tight end prospect in Jonnu Smith ahead of him on the depth chart. Unless Walker agrees to a pay cut, his days in Tennessee are likely numbered.

One’s gotta go. The obvious choice appears to be McKinnon, who has yet to play a game with the 49ers after signing a big contract two years ago. But cutting him would also come with a $4 million cap charge, while cutting Coleman would leave no dead money left behind. So keeping McKinnon and cutting Coleman would save the 49ers an additional $500,000 in cap room. Of course, the 49ers could just cut both and save nearly $10 million. That’s probably the best move.

That’s right, people. We’re cutting kickers! Gostkowski is one of the league’s highest-paid kickers and is coming off the worst season of his career. The $3.9 million New England can save by cutting Gostkowski is higher than the 2020 cap hit of all but eight NFL kickers. Belichick has moved on from more important players for less money.

The Falcons do not get criticized nearly enough for the contract they gave Devonta Freeman in 2016, which was immediately followed by a sharp decline in production. Freeman is only 27 but he looks five years older than that on film. He’ll carry a $9.3 million cap hit into 2020, and Atlanta would have to eat $6 million of that to part ways. As bad as that sounds, the Falcons could really use that extra $3 million in cap space this offseason.