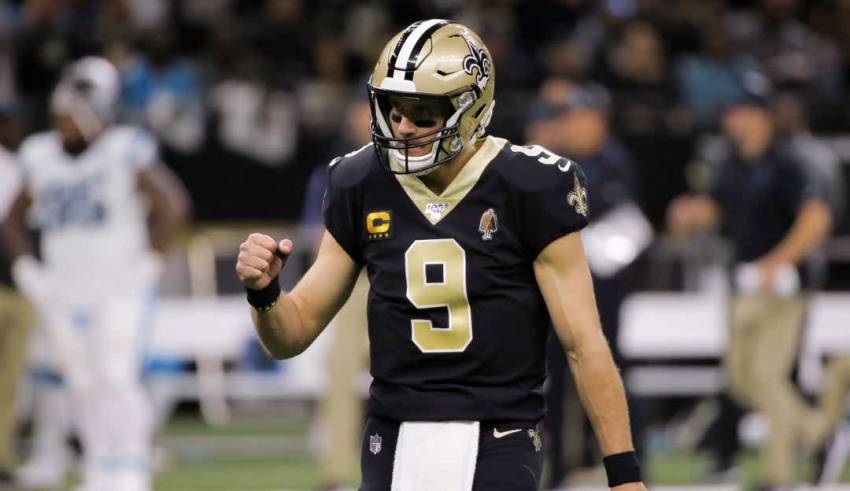 As the 2019 NFL season reaches the quarter pole — don’t “at” us, “quarter pole” actually means you’ve entered the final quarter of a race … look it up — several records are in jeopardy of going by the wayside in the league’s 100th season.

Some you’re surely aware of. Lamar Jackson is very likely to set the record Sunday for most rushing yards in a season by a quarterback, surpassing Michael Vick.

But did you know about some of the pick-six marks in peril? Or rookies who could make a lasting mark?

Here are 19 records that could be broken by the end of the regular season:

1. Rushing yards by a quarterback in one season

“It would be an honor,” Jackson said this week of the chance he’ll take the mark down.

“Like I said, Michael Vick is my favorite player. For me to do such a thing, it’s incredible. He had that record for a long time, and it will be pretty cool.”

Jackson needs 23 rushing yards to hit 1,000 and is still 468 from reaching 3,000 through the air. Vick threw for a modest 2,474 yards the year he set the QB rushing record … not that Jackson remembers it well.

“No, I’m not really old enough,” said this year’s MVP front-runner, who won’t turn 23 until January. “It’s kind of a blur. But I watch those highlights, still, to this day.”

3. Most games with a perfect passer rating in one season

Jackson has already hit the, uh, magical 158.3 milestone twice in 2019. Nobody’s ever done it thrice in a single campaign. Jackson and Ben Roethlisberger are currently the only players to do it two times.

Yep. Yep. You guessed it.

Led by Jackson, the Ravens are currently averaging 213 passing yards per game and 208 yards rushing. This level of balance has never been achieved in the NFL’s 99 previous seasons.

Now we’re down to small potatoes stuff like this …

Peyton Manning set the bar with 539. Tom Brady (535) and Drew Brees (532), who missed five games earlier this season, are in a race to raise that bar.

Not the sexiest category. Nevertheless, Brees could get there despite his abbreviated season even though he’s not winging it as much these days. Still, he needs 147 more to take down Brett Favre … which would mean 37 per game. Not likely this year, but stranger things have happened.

7. Highest completion percentage in a season

This should be called the “Drew Brees Annual Passing Mark for Accuracy” … or something. He’s actually set this record four times already, and if Brees — he’s currently connecting at a 73.8% clip — exceeds last year’s 74.4%, he will have rewritten this mark in three consecutive seasons. Ryan Tannehill (72.7%) also has an outside shot.

Tom Brady has been named to the NFL’s all-star event 14 times, even though he’s rarely appeared in the game. He currently shares the record with Manning, Tony Gonzalez, Bruce Matthews and Merlin Olsen.

9. Most receptions in a single season

The New Orleans Saints’ Michael Thomas has 110 catches in 12 games, which puts him on track for 147 over the course of a full season. Marvin Harrison’s record, set in 2002, stands at 143 grabs.

10. Most receptions by a running back in a single season

Christian McCaffrey set the standard with 107 catches last season. He needs 33 in his last four games to get to 108.

11. Most yards from scrimmage in a single season

McCaffrey is starting to fall off the pace if he’s going to track down Chris Johnson, the only player to surpass 2,500 yards (2,509 10 years ago) from scrimmage in one campaign. “Run CMC” leads the league with 1,811 rushing/receiving yards and will need to average 175 over the final month to get past “CJ2K.”

12. Most regular-season wins by a quarterback in his first eight years

Brady currently owns this one, boosting his victory total to 86 by virtue of New England’s 16-0 2007 season … though he also didn’t have the benefit of starting any games in his 2000 rookie campaign.

13. Most yards lost on sacks in a season

Quick, which quarterback gave up the most yards while getting sacked in one campaign? If you said David Carr … then you’d be wrong.

It hasn’t been that bad for Kyle Allen in 2019 … though the 23-yard loss he took on the Panthers’ final play in their loss to Washington last Sunday is pretty emblematic of their recent implosion.

Allen has lost 337 yards while being sacked 39 times in his 10 starts. Who knows how long he’ll continue playing for a team in upheaval, but he’s currently on pace to be dropped for 472 yards … which would get him very close to Cunningham.

Jevon Kearse, “The Freak,” established the mark for Tennessee with 14½ in 1999. Jacksonville’s Josh Allen (9), San Francisco’s Nick Bosa (8) and even Oakland’s Maxx Crosby (7½) all have a puncher’s chance.

15. Most pick-sixes thrown in a season

Jameis Winston has piled up a league-worst 20 interceptions this season, and four have been taken the other way for six points. It’s a stretch, but he’ll tie the mark of six pick-sixes (shared by Peyton Manning and the less immortal Rudy Bukich) if he serves up two more.

16. Most pick-sixes returned in a season

Marcus Peters has a better shot at this one. Naturally, he victimized Winston in September while playing for the Rams, then took two more INTs to the house after being traded to the Ravens. Peters needs just one more to share the record of four currently co-owned by Eric Allen, Ken Houston and Jim Kearney. And with the Bills, Jets, Browns and Steelers still on the schedule, not outrageous to think Peters might just become the first to get five.

New England’s defense once appeared to have a great shot at surrendering fewer points than the 2000 Ravens, who gave up 165 (10.3 per game), the least any club had allowed since the schedule expanded to 16 games in 1978. After poor outings against the Ravens, who tallied 37 points in Week 9, and Texans, who scored 28 last Sunday, the Patriots have now allowed 145 … and face the explosive Chiefs next.

The Patriots are a good bet to extend their record string of 10 straight division titles to 11 if they can fend off Buffalo.

The Patriots and Steelers are currently deadlocked at six Lombardi Trophies apiece … and both are currently projected to make the AFC playoff field, so …